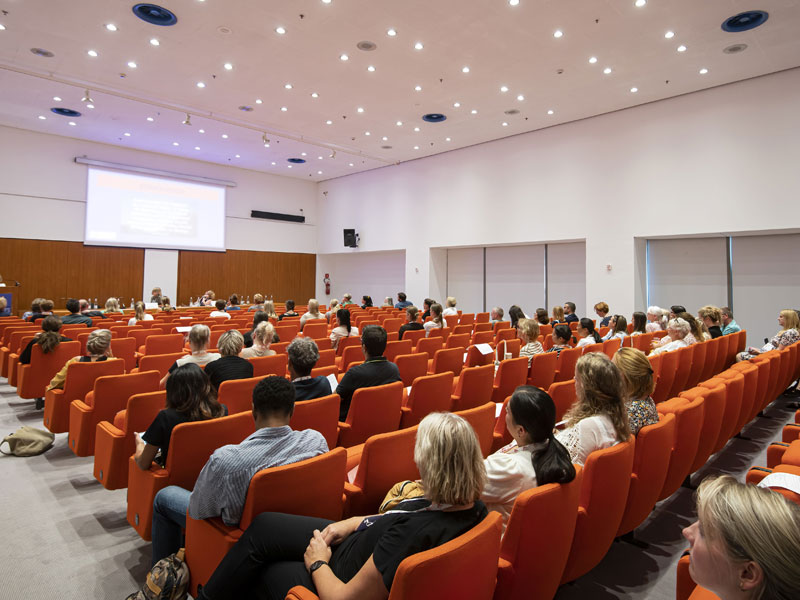 The aim is to restore pre-pandemic results in 2023, as there are numerous international association congresses planned in Torino with thousands of attendees, acquired in the previous years by Turismo Torino e Provincia Convention Bureau.  We start in March with Cities Forum - a big biennial event of the European Commission that brings together key urban players at European, national, regional and local levels (16-17 March at the OGR, 700 pax) - and the 7th CORA Congress - Controversies in Rheumatology and Autoimmunity, organised by Kenes International (16-18 March at the Lingotto Conference Centre, 1000 pax).

In May, the Lingotto Conference Centre will host the EAS medical and dental congress of the European Aligner Society (11-13 May, 700 people), the 41st International Congress of EuroHeat & Power - the main European event dedicated to the district heating sector, from 22 to 24 May, which will be attended by around 400 technicians, operators, companies and trade associations from all over Europe - and SICV&GIS, the National Congress of the Italian Society of Vertebral Surgery and Italian Scoliosis Group (25-27 May, 500 delegates).

The summer will be characterised by two major congresses: the 29th Congress of the European Association for Cancer Research (EACR), which will be held at Lingotto Exhibition Centre from 12 to 15 June and will attract more than 1500 participants, gathered for study and exchange at the highest scientific level in the field of oncology, and the 108th World Congress of Esperanto: for a whole week, from 29 July to 5 August, more than 2000 scholars and writers of Esperanto, the universal language designed to facilitate international communication among populations, will meet at the Polytechnic of Torino. This is followed by the 10th Forum Acusticum, the international conference of the European Acoustics Association (EAA) that will attract more than 600 researchers and professionals, experts in acoustics and other disciplines related to the study of sound, from 11 to 15 September at the Polytechnic of Torino.