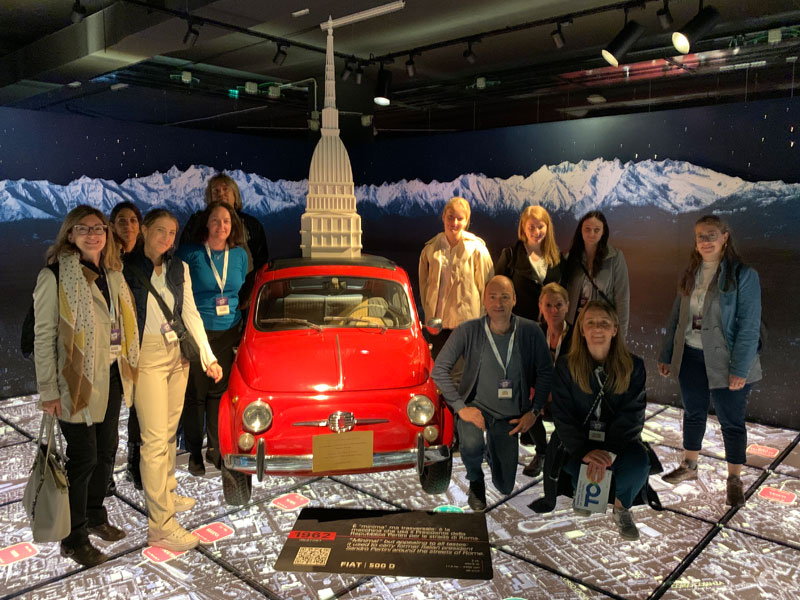 Italy at Hand live Tour, the promotion project developed by Convention Bureau Italia in cooperation with ENIT to re-launch Italy as a top level MICE destination towards the main European markets, made a stop in Torino. From 23 to 25 October, 9 VIP international buyers (event agencies and PCOs) visited the city's main venues, with an intense and rich programme of activities, experiences and networking organised by Turismo Torino and Provincia Convention Bureau. In addition, the event also featured a half-day workshop attended by all the other destinations taking part to the national tour.

Hosted by the NH Santo Stefano hotel, which recently acquired the Collection brand, the buyers visited the NH group's hotels in Torino, the meeting spaces of the Italian Risorgimento, Automobile and Lavazza Nuvola museums, the Lingotto Congress Centre with the Rooftop Track, used by the FIAT factory for testing cars, Eataly gastronomic centre, concluding the tour with a wow-effect in the wonderful halls of the Reggia di Venaria Reale.

And then there were the experiences, which involved all five senses, in particular the sense of smell and taste, starting with the olfactory tour of Torino organised by YEG and the wine tasting as part of Gambero Rosso's Tre Bicchieri event, followed by the food and wine tour at Eataly, the Coffee Experience at the Lavazza Museum, and the Martini Cocktail Experience organised by Casa Martini, hosted by Combo Torino.

The buyers also met local operators at the networking dinner in the beautiful setting of Villa Sassi.